Who Protects the Victims? 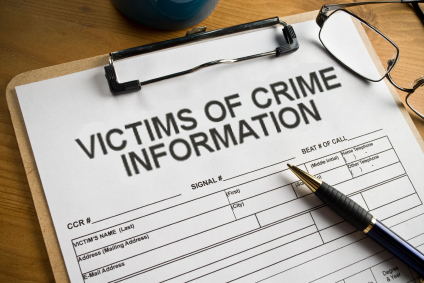 Scenario: A person being stalked contacts the police letting them know that they are being stalked and provides the stalker’s information and/or description. The police advise the victim that unless they break into their home/property or cause them bodily harm, there is nothing law officials can do; however, they can file a restraining order against the stalker.

Scenario: An attempted robbery has taken place. The keyword is “attempted.” The robbers are not successful on the first, second, or maybe not even third attempt. Each time the neighbors and/or the victim contacts the police. The police officer advises that there is nothing they can do until the robbers forcefully enter the dwelling.

In ALL of these scenarios, the police were contacted PRIOR to the impact to the victim. In these scenarios, someone was trying to be PROACTIVE to avoid the potential negative outcome; however, they were unsuccessful in each attempt, which led to an outcome that they were trying to prevent from happening. How often does this happen? More often than not. What can be done? We often hear tales that in certain areas the crime is higher, which means the police must “prioritize” their responses to calls; however, what does that do for a victim? It makes the victim feel that just because you are not bleeding out of your brain then your issue (that is highly important to your household) is not important to your law officials. We have heard people say that “neighbors need to step up” or ask about neighborhood watch programs. What does that do for crime prevention when law officials are contacted during the act of a crime if the response is hours later? Not so much. We have also seen stories on mainstream media where neighbors have stepped up and landed in court for helping protect their neighborhood. Wouldn’t officers being PROACTIVE on the first call, which is basically their warning call, help reduce some of the criminal and/or domestic violence calls? If they will steal, they will kill. Right?

Are we putting blame solely on the police? DEFINITELY NOT. In situations where kids or teens are involved, the responsibility falls to the parent(s). Although no one expects a parent to know their child’s every move, how would you respond if someone told you that your child was involved in illegal activities? Would you “shoot the messenger” or would you step up as a parent and discipline your child? In a domestic violence or stalker situation, it is different. The only thing the police can do is to offer a level of protection; however, how exactly does a piece of paper protect someone? What exactly can someone do that’s being stalked or in a domestic violence situation where even leaving could result in their death? We know that LEAVE is the first response in a domestic violence situation; however, what happens after they LEAVE? Who protects the victim when the aggressor is still free to find them? In a world where technology is popular and tracking someone is as simple as a cell phone app, how does one truly get away?

These issues are what causes a high percentage of society to feel the need to protect themselves through the purchase of a firearm. What other choices does one feel that they have when the police are not offering suggestions that can prevent the victim from harm? Again, not blaming the police because they are simply doing their job and suggesting what they are trained to suggest; however, it still does not answer the question. Who protects the victim? The purchase of a firearm can go so many ways. It is purchased for protection, but how many carriers truly have the mindset to pull the trigger when necessary? Being in a “kill or be killed” situation is not as easy as it sounds. Firearms are purchased with the mindset that one will do everything they can to protect their household; however, would you go to the extreme of harming or even killing another human? Do we understand what comes with taking a life or pulling a trigger that harms someone else? It’s sad that a firearm is the logical choice for most homes in America but the question remains. Who protects the victim?

No one protects the victim in the process of being taunted. Our suggestion is to stay alert, purchase the cheapest renter’s insurance policy your budget will allow, take firearm classes, always expect the unexpected, and pray that you are never in a position where your unanswered question is, ‘Who protects the victim?”