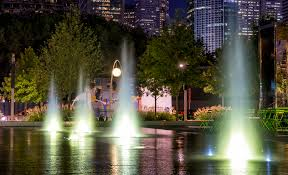 Having issues finding inexpensive things to do with the kids? Triple D is full of all sorts of fun surprises that are perfect for the entire family that won’t hit you in the pockets.  From beautiful parks to amazing museums, Dallas has many great places to spend the entire afternoon. Enjoy learning history at the Freedmen’s Cemetery located north of Downtown Dallas or enjoy some fun in the sun at one of Dallas’ newest parks, Trinity Overlook Park, that has views of downtown Dallas, and the Dallas Floodway, with a beautiful area for kids to play. With the help of my daughter, we put together a list below of other great free attractions around Dallas.