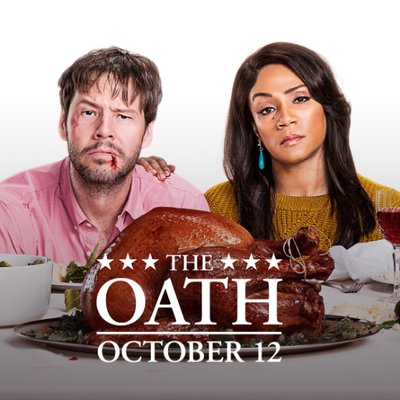 IKE BARINHOLTZ (Chris, Director, Writer) is quickly becoming one of the most sought-after comedians, writers and actors in the comedy world. Barinholtz was recently seen in Blockers, alongside John Cena and Leslie Mann; Bright, with Will Smith; and Mark Felt: The Man Who Brought Down the White House, opposite Liam Neeson. He may be best known for his role as Morgan on Hulu's "The Mindy Project," for which he also served as a writer and producer. Previously, Barinholtz has been seen in such films as Snatched, alongside Amy Schumer; Neighbors 2: Sorority Rising, with Seth Rogen and Rose Byrne; Suicide Squad, opposite Margot Robbie; and Sisters, alongside Amy Poehler and Tina Fey. His additional feature credits include Neighbors, Meet the Spartans, Disaster Movie, Shrink, Lock and Roll Forever and Inventing Adam. Barinholtz wrote the action comedy Central Intelligence with his writing partner David Stassen and Rawson Marshall Thurber. Barinholtz and Stassen are re-teaming to write an untitled basketball comedy for Universal that will star Amy Poehler. On the small screen, Barinholtz was a series regular on Fox's "Mad TV" for five seasons and had recurring roles on HBO's "Eastbound & Down" and FX's "The League." He has also appeared on "Weeds" and "Children's Hospital." Barinholtz was the star and co-creator of the Spike TV pilot "Mega Winner" and is an alumnus of Amsterdam's Boom Chicago.

Written and Directed by Ike Barinholtz

A controversial White House policy turns family member against family member in THE OATH, a savagely funny dark comedy about surviving life and Thanksgiving in the age of political tribalism. When Chris (Ike Barinholtz), a high-strung 24-hour progressive news junkie, and his more levelheaded wife Kai (Tiffany Haddish) learn that citizens are being asked to sign a loyalty oath to the President, their reaction is disbelief, followed by idealistic refusal.  But as the Thanksgiving deadline to sign approaches, the combination of sparring relatives, Chris's own agitation and the unexpected arrival of two government agents (John Cho and Billy Magnussen) sends an already tense holiday dinner gathering completely off the rails.  As timely as it is outrageous, THE OATH is a gleefully wicked reinvention of the traditional holiday comedy for our divisive political times.