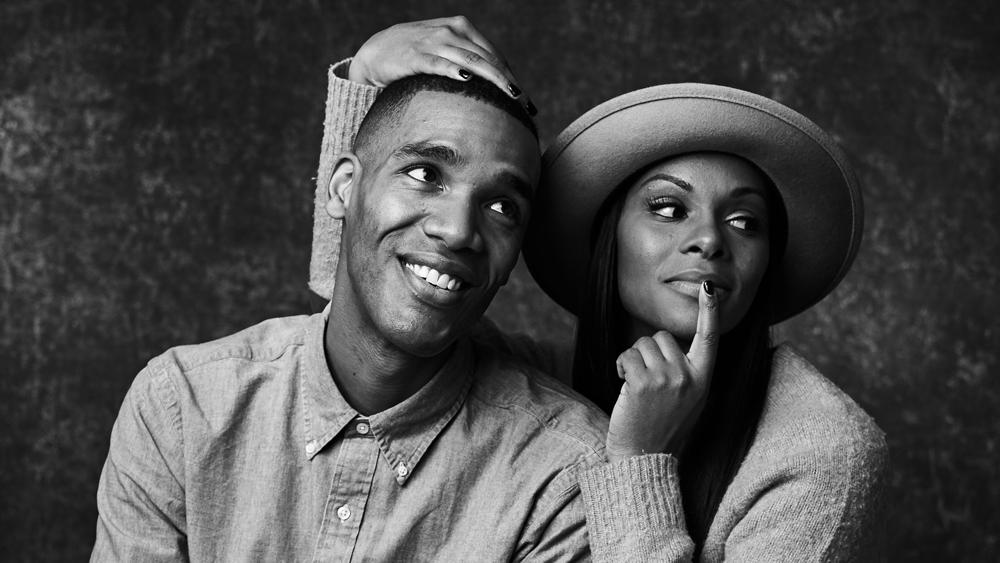 This romantic comedy is the tale of President Barack (Paul Sawyers) and Michelle (Tika Sumpter) Obama’s first date. Let’s just say that this movie is SLAYNOMINAL. Two people from different sides of the world unite at a law firm where both are positioned to be successful.

Persistency was definitely key for Barack because Michelle was not an easy catch. She ventured out with Barack sharing their love for art, sharing walks in the park, visiting his old neighborhood, met several people who spoke highly of him (and continued to call her his “girl” even when she continuously told them she was not), went to the movies, and much more; however, Michelle was still persistent that “it was not a date”. With his witty charm and smile, Barack continued to show Michelle what it would be like if she was his girl. Seeing how inspirational Barack was during the neighborhood meeting reflected why he served multiple terms as our president. He inspired a crowd of angry citizens that could only see the right now issue. The citizens were not able to see the power in their progress. His interpretation of the simple word “no” gave those citizens hope. “No is just a word. They say no; we say carry on.” Those simple phrases gave those community residents confidence to continue to fight to build their community. Barack’s passion for helping the community and Michelle seeing him in action with her own eyes turned on her instincts to want to know more about Barack. It appeared that moment turned the entire evening around for Michelle. She appeared to be more intrigued by Barack and open to allowing him to label their day as their “first date”. A title Barack had been searching for the entire day. The chemistry between the two was obvious. Running into one of the partners at the movies was a definite setback for Barack.  Since they both worked for the same firm Michelle was adamant about not being the black, female “statistic.” In her words, “She did not want to be known around the office as dating the first cute black man with a pretty smile.” Michelle’s reasons and the way she explained them were powerful, but all Barack noticed was that she thought he was cute. He knew then that if he stayed the course he could have Michelle as his girl. She freely spoke her mind on Barack’s life but then when he returned the favor the day was almost over; however, Barack did not go through the entire day gaining her trust and working on Michelle lowering her guard for nothing. Pie wouldn’t do the trick because Michelle had already told him she did not eat but there was definitely something else that would make her soften back up.

Southside with You selected the best actors to portray our POTUS and FLOTUS. Paul Sawyers definitely shared a striking resemblance to President Obama and Tika Sumpter can portray any character at any time. The background of this movie was empowering for women to show how a man is supposed to “court” his companion, gave insight to our President and his early life, showed how people are not perfect but can clean up their life to be anything they would like, showed how regardless of what neighborhood you grow up in that you can achieve anything you set your mind to achieving, and showed that two people can simply enjoy each other’s company. On August 26th, we would definitely advise seeing this movie. Our only complaint about this movie is that it was not long enough. The way that it ended (we won’t tell and spoil it) had everyone in the theater excited and left us wanting more. That ending definitely made you want to see the next day. I strongly recommend an entire movie based on our POTUS and FLOTUS. We would love to see how they went from that first date to married and in the white house. Seeing this movie at the Angelika Film Center & Café Dallas was definitely a treat. Although getting into the actual theater was a challenge, it was well worth it. First impressions are everything and this theater gives you an impression that lasts. The employees were warm and welcoming, the theater was clean, and the entire experience was a delight. We cannot wait to see what else GaylerSmith Company has to offer.