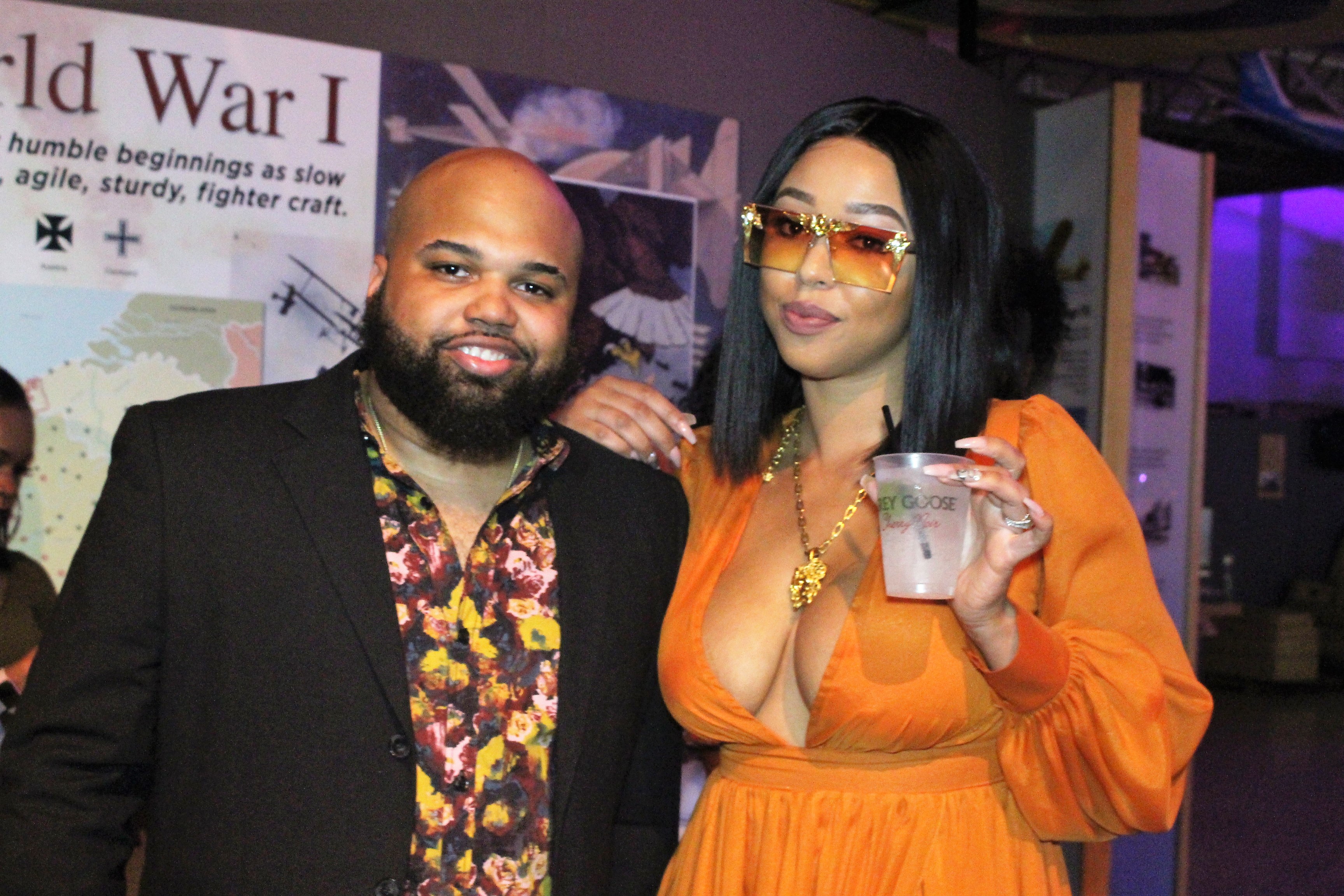 The Pink, Pumps and Paparazzi event was nothing short of spectacular. The Frontier of Flight Museum in Dallas played host to this year’s show.  The theme, F.L.Y. “Females Love Yourself”, brought on a new meaning of self-love.  This year the organizers took fashion, philanthropy and entertainment to new heights.  The 2017 Pink Pumps and Paparazzi fashion show is more than just a regular event.  This year they used their platform to bring awareness to the issue of domestic abuse.  In my opinion, they could not have chosen a better organization to spotlight than Women Called Moses. Texas’s own Debra Nixon-Bowles heads the nonprofit organization, addressing the issue of domestic abuse and bringing it to the spotlight. Speaking of spotlight, did I mention some of Dallas who’s who was in the building?

Some of the baddest and most elite fashion models, community leaders and radio and television personalities were in attendance. K104’s DeDe McGuire of Dee Dee in the Morning hosted the event in an all-white dress courtesy of Bdonna’s along with internet sensation Kendall Kyndall.  He wowed the crowd with his hilarious antics and famous catch phrase “Best Fran”.  Stars such as the beautiful JuJu of Basketball wives, was in attendance looking like a life-sized Barbie in her hot pink dress with shimmering accessories and pumps.  DJ Duffey, was on the ones and twos keeping the crowd hype. The ambiance was simply phenomenal and what could one expect, with powerhouse sponsors such as Grey Goose, State Farm and Party Chasers to name a few.

Such intricate detail was put into planning and execution of this event. Everything was fabulous, from the music selection, the entertainment and even the hosts ability to work the reserved crowd.  Careful attention was paid right down to the minor effects right down to seating arrangements, name place tags and swag bags. The jumbotron displayed the sponsors and vendors for the event

Did I mention the iridescent lighting which did not distract but only enhanced the model’s presence on the stage?  Everything single detail revealed the amount of effort and dedication it took to make this event a great success.  As far as the talent, the models graced the stage as if they owned it.  It appeared as if they were walking on air.  PPP7 casting director found some of the most alluring and beautiful models to rock the runway! BDonnas did not disappoint either.  Designs from their elaborate collection of dresses, catsuits and coordinates.  Whether chic and sophisticated or short and sassy fits your style, the designer made sure bases were covered.

This was evident from K104’s Lady Jade’s long and flowing dress, DJ Duffey’s burnt orange ensemble to the fashions that graced the runway. Bdonna’s has definitely made a name for themselves.  Their fashions can be found online as well as at their showroom located in the heart of Dallas, Texas. As far as hair and makeup, it was on point. Some of the best hair stylist and makeup artist were on deck to bring the much-needed allure to the look. Even down to the accessories. The retro glasses and long ponytail took it to a futuristic level.  Not to be outdone by the models, the guests had a taste of crowd participation. Bold and daring audience members took to the stage to strutted their stuff on the runway, in an effort to win a new pair of shoes!  But with all that excitement, it was important to remember the main reason why everyone assemble.

Debra Nixon-Bowles took to the stage in an empowering and inspirational talk about domestic abuse.  We all had a moment to reflect the issue and our own personal obligation to do our part to help organizations such as this.  If you are interested in learning more about the organization and how you can help, you can find Women Called Moses online at www. Womencalledmoses.org.  If you would like more information on Bdonnas you can find them online as well at bdonnas.com. As for Pink Pumps and Paparazzi, they have successfully closed the books on yet another phenomenal show.  Be on the lookout for PPP8! Trust me you will not be disappointed.