Life of a Majorette Dancer 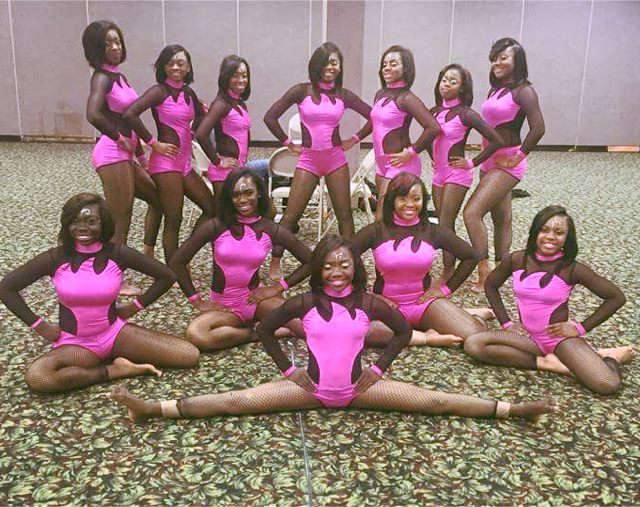 Majorette dance is a new dimension of dance that incorporates different types of dance with bucking.It was made popular by Diana Williams with her hit show, “Bring It.” I have been part of many dance teams, two being majorette dance. However, negativity, created by a high level of competition, took all the fun away for me.

Majorette dance has become so popular in Dallas Fort Worth,that every month a new team emerges. The costumes are sparkly and beautiful and the participants get to travel a lot.These two aspects attract many young girls. I danced with Xplosive Dance Company from seventh grade to tenth grade.We traveled to Houston,Tennessee, Louisiana, Mississippi, and Atlanta for competitions. I learned a lot and had a lot of good times participating with Xplosive.

Xplosive even afforded me an opportunity to compete on television on multiple occasions on the hit show “Bring It” against the Dancing Dolls. I danced for Fearless Dance Company from my ninth to eleventh grade year. I traveled to many different states with Fearless, including Oklahoma, Tennessee, and Louisiana. In eighth grade, I danced at Kennedy-Curry as the co-captain of the Blue Belles and for Lancaster High School as a Tigerette in grades nineth and tenth.

I had a chance to display my dance talents on these teams and meet other young ladies that love dance.I loved dance and danced every opportunity I got. But, by eleventh grade I did not try out for my high school's team and I walked away from both competition teams. I no longer enjoyed dancing because it had become so competitive and negative. Everything was about winning and beating another team.Team members often ridiculed each other and worked against each other instead of loving and building up other team members. Many people on the same team would not speak because they wanted the front row, and the team parents were even worse.

Everyone seemed to dislike any young lady who appeared to be competition. My coaches were the best and I don’t feel this was done by them on purpose. They simply wanted to be the best so they allowed the best to perform. Everything else arose from the high levels of competition that each team pushed for. After seeing team members arguing,

constant disagreements between coaches and even parents rolling their eyes at coaches,other parents, and dancers, I was outdone. I am a carefree person who really enjoys sisterhood and positive interactions. I believe that a team divided cannot stand together. We had good times on both teams but for me the negative outweighed the positive. My mom was so upset when I decided not to participate anymore but quickly accepted my decision. I explained to my mother that we were giving up a lot of time and money, yet I was not enjoying it.

Although I’ve been out for about six months, I do plan to try out for my school’s dance team, The Tigerettes, in March for my senior year. As an adult, I plan to start a dance team so I can give young ladies an outlet. I pray that I remember to make sisterhood the focus and intermingle the girls while placing less focus on the front row. I applaud current coaches in Dallas Fort Worth for providing girls an outlet and I urge them to please remember to keep it positive and fun!