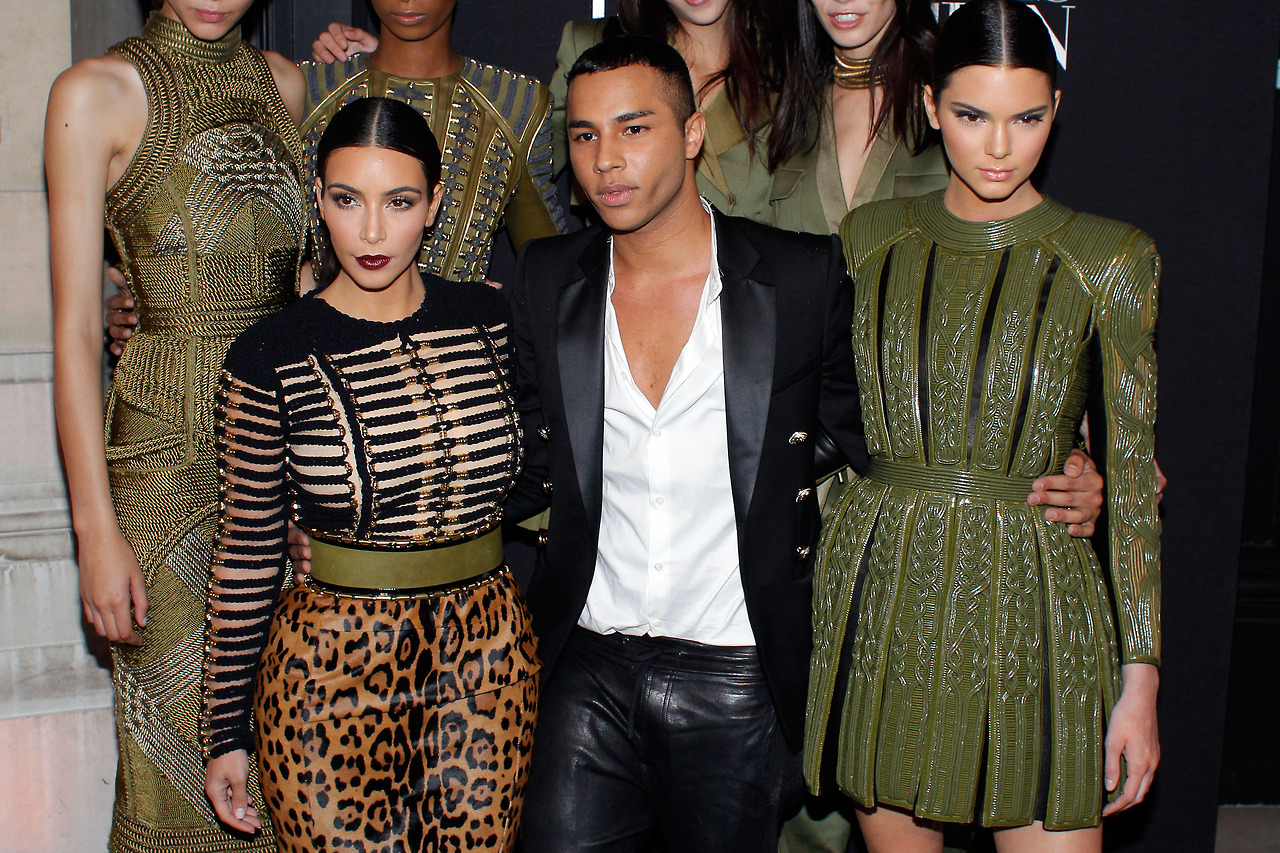 If you don't know by now, Oliver Rousteing is a French fashion designer and the Creative Director of Balmain. Let's get to know Oliver's history before I get into how he is Slaying the fashion industry from every continent. Oliver was adopted at the age of one. His mother was an optician and his father was a seaport manager. He grew up in Bordeaux and moved to Paris to study at ECole Superieure des Art et Techniques de la Mode. When he graduated, he started a career as a designer with the legendary Roberto Cavalli. He slayed in the position until he became the head label for the women's ready-to-wear division, serving in the position for five years.

In 2009, Oliver joined Balmain and worked closely with the creative director Christophe Decarnin of Balmain. Oliver expressed how he wanted to push the label towards a finer French couture fashion with an Asian Influence.

Decarnin felt the need for a fresh perspective and Oliver was definitely the designer that could take the brand to a new level with his fresh ideas and innovative style. What makes him even more unique is that he is a minority taking over a French House. Since Oliver has taken the position as creative director, the company's revenue has been up from between 15 and 20 percent, while opening a storefront in London and New York City’s SOHO.

What's next for Balmain? Oliver has partnered with H&M, which will include women's and men's clothing as well as shoes and accessories. It is scheduled to slay the store on November 5th. Why did H&M choose Balmain? First and foremost, the name alone is an iconic brand that has been around since 1945. H&M felt that Oliver would be a perfect fit to capture the style of the next generation while pushing the limits in fashion with his diverse heritage and style. Not to mention, his inner circle, which includes Kendall Jenner, Jourdan Dunn, and Kanye West is a fashion powerhouse known as Balmain's Army. H&M approached the House and presented the dynamic partnership that is sure to give other labels a run for their money. Now that is how you Slay the Game.

To see more of Balmains collection check out their website at www.balmain.com