How Fast is Your Computer? 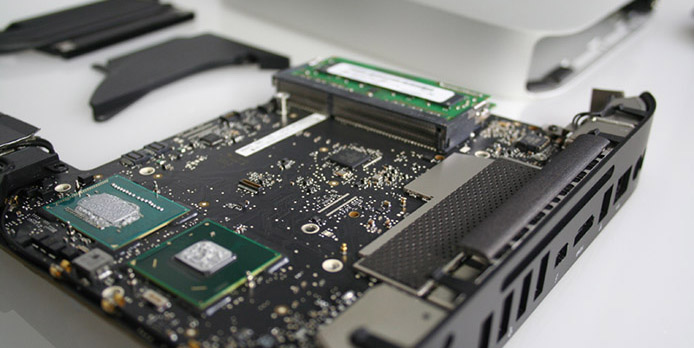 You are at home or work on a computer, and it is running slow. The first thought that comes to mind is "a virus". That may be true for some, but for others, there are certain things that need to be researched. The speed of a computer, or lack thereof, can be traced to other variables other than a virus.

Here are the main factors that dictate how fast or slow your computer will operate:

■ Processor Speed and Cache Size - The central processing unit is effectively your computer's brain. This chip executes all processes and instructions in your computer, responding with the appropriate action depending on what order you give it, such as opening a program. The speed of your CPU, known as clock speed, is the number of cycles the chip performs in one second. The faster the CPU runs, the more processes it can run at any given time. A CPU with a clock speed of 3 GHz, for example, can run 3 thousand million cycles each second. The processor's cache is the onboard memory, used to store information so the processor can access it quickly. The more cache your CPU has, the more data it can store and the faster it can process information and commands.

■ Front Side Bus - Also known as the system bus, the front side bus is what connects the CPU to the rest of the components attached to the motherboard. Measured in MHz or GHz, the speed of the front side bus determines how quickly the CPU can communicate with the graphics card, RAM and other components. The bus speed is usually a ratio of the CPU's speed; the smaller the ratio, the the more efficient the processor. For example, a 2.4-GHz CPU with a 400-MHz bus is a 6:1 ratio. This setup would work more slowly than a 2-GHz CPU and 1-GHz bus, which is a 2:1 ratio.Related Reading: Laptop Vs. PC Power Consumption

■ RAM Speed and Amount - Random access memory, or RAM, is the temporary holding spot for data. When running processes, your CPU looks first at its onboard cache for data, then to the system's RAM. The more RAM you have and the faster it can transfer information, the more data your CPU can access and use before having to jump to the much slower hard drive for data storage. RAM specs are listed in terms such as DDR3-1600. The number after the dash refers to the number of transfers the chip can handle. The higher the number, the faster the memory is, and the more memory you have installed, the more transfers it can handle.

■ Hard Drive Size and Speed - After the CPU's cache and system RAM, the hard drive is the third storage space your processor accesses for data. Simply put, the bigger and faster the drive, the better your computer's performance. A well-organized drive, with plenty of empty space and no heavy fragmenting, will help the read/write head find the requested information faster. Hard drives are measured in rotations per minute, or RPM, which essentially means how fast they spin to allow the read/write head to find the requested data. So a hard drive with 200GB of empty space with a speed of 7200RPM would theoretically find data faster than a drive with only 20GB of space running at 5400RPM. The more cluttered the drive, the longer it will take the read/write head to find the data it's looking for.

When you decide to upgrade your computer or purchase a new one, make sure you remember these factors in the speed of a computer. Don't just settle on whatever looks good, and if you are unsure, ask one of the computer "GEEKS". Take it from this "GEEK", there is nothing we enjoy better than using our terminology and sharing our knowledge with other people.