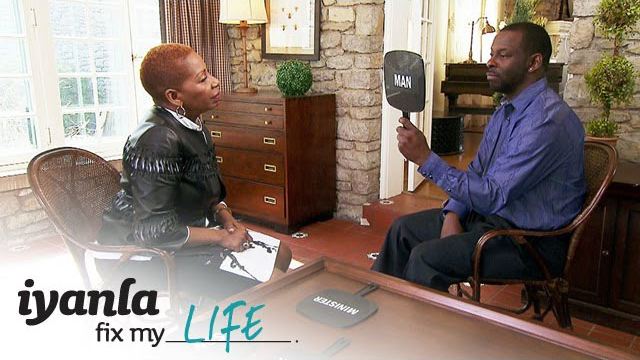 On the season premiere of Iyanla Fix My Life, Iyanla tackles the topic of homosexuality in the black church. As I’m watching the program, I’m saying to myself, “about damn time somebody talks about issues that are considered taboo in the black community.” The story focuses on two black pastors who have been living a lie. Both men have not only been lying to themselves, they have been lying to their families and church communities. Being a black male in America is hard. Being a black homosexual male is harder. Let’s imagine that you are involved in a black church. That must be one of the hardest trials one can stand.  These two men have stood among their family and community and preached against homosexuality; the very thing that they are. As black people, we are quick to judge and condemn. I said WE because we have all done it. Perception is the very thing that has held us back as people. We want to be perceived as a race beyond fault and weakness. Most black people see homosexuality as a weakness. In this alleged weakness, we try to dismiss the topic and throw away the people involved. Out of sight and out of mind.

As a writer, I have to be transparent. I leave part of myself and my feelings in my writing because if I didn’t it would have no apparent meaning. Although, the series topic is of two pastors coming out as gay men, the topic is much deeper. This is not a rare scenario. There are many leaders in the black church who are homosexual and feel that they have to hide who they are. From youth, black men are taught to not show signs of weakness. It’s almost as if there is a meter of masculinity that one must pass in order to be considered a man. Although, I don’t agree with these men hiding who they are and living double lives, I sympathize with them. If you are taught to not show a weakness or “demon” in your life, you do what you know and hide that part of you. Let’s get it clear. I am a firm believer in living your own truth. I’ve always found hypocrisy in religion when dealing with homosexual people. It is okay for you to sing in the choir, decorate the church, give ten percent or more of your income, and sometimes lead the congregation. But, the church is easily to dismiss you if they don’t agree with your lifestyle. When does the quote “judge lest ye be judged” come into play? The church will use you just as much as the secular world will. You have the choice to have a mind led by your God or have a mind led by man. I just never understood how most black churches have prison ministries where they pray for murderers and rapists, but denounce a person who loves differently than they do. People wonder why there are individuals like the two pastors on the show who hide who they are. As people, we need to learn to respect one another. We don’t have to agree and accept everything others are doing, but we must respect their decisions. Last time I checked, I only have one life to live. I don't have time to live mine and yours.