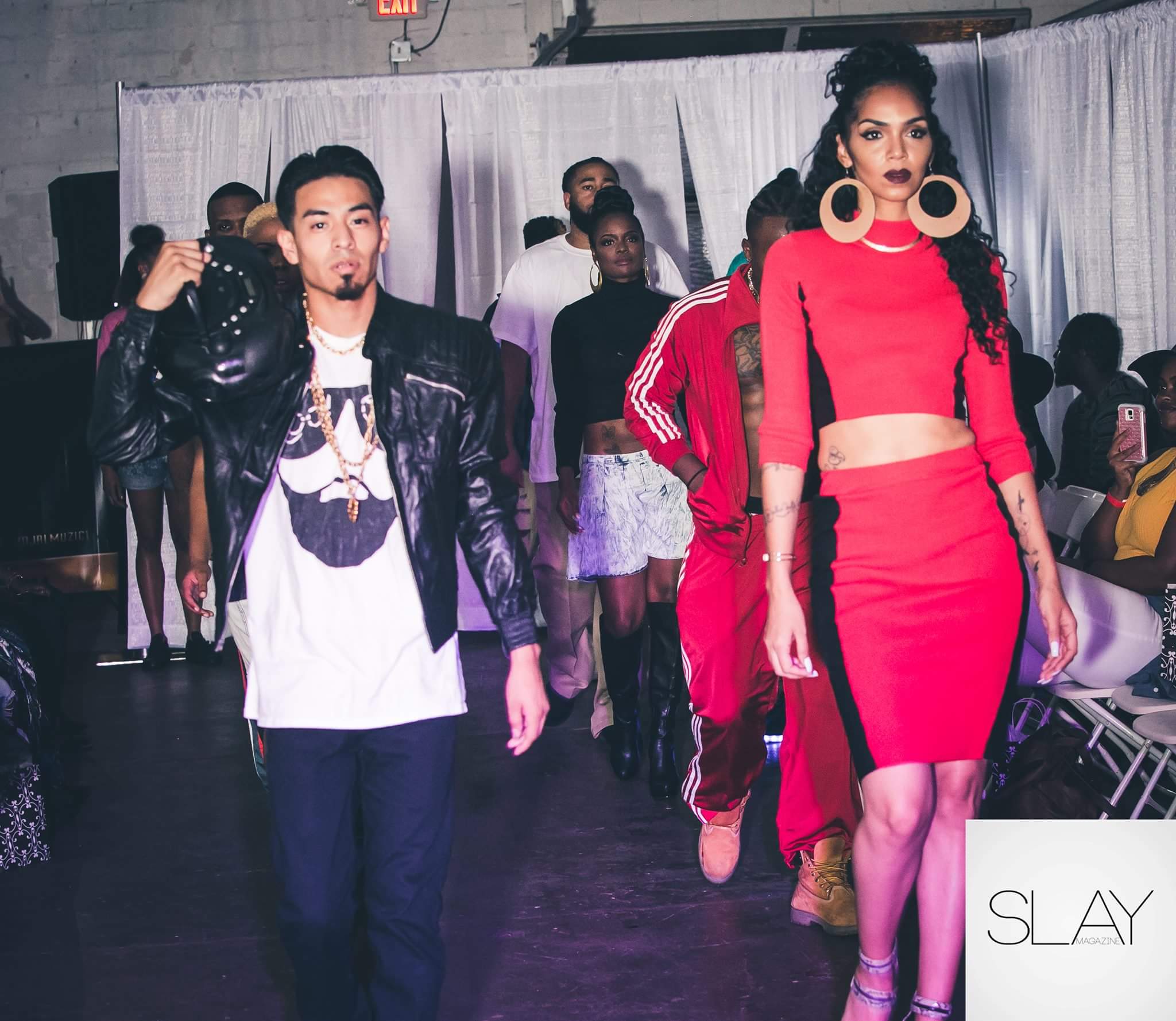 It all started with the marketing and promoting of the show. We watched how they tactfully posted promo videos, how all of their models were always in formation, how they created the right amount of hype to deliver a SLAYTASTIC show. We watched these strategies in awe. Then, we received a DM in Instagram “cordially inviting” us to the show as media and this gave us even more of a reason to attend their show because they knew how to “properly” send invites. Our founder then reached out to Mrs. Tikisha Johnson about her show via Facebook. They chatted back and forth for a little while but what sealed the deal was that Mrs. Johnson had her Media Consultant, David “G” Nevels, contact us. She could have contacted us herself. Yes, she could have; however, she had a support team with their own roles which she allowed them to play. POWER MOVE! Excited about the show we purchased a vendor booth and anxiously waited.

SHOW DATE ARRIVES ON AUGUST 14TH! The day finally came! Pulling up to A Vertical Life venue was a bit challenging; however, we were offered free parking in a parking area near the venue which was definitely putting it off to a great start. We entered the building and it was just as we expected minus a minor setback. The setup area for the show was great, the seating was pretty good for the audience, and the lighting was setting the tone. We then entered the “Meet and Greet” area to setup our table. PURELY PLANNED TO PERFECTION! Let’s talk about their team! Their team was SLAYTABULOUS! They were super hospitable, super helpful, and just super! They served the hors d’oeuvres and punch to both their guests and vendors and just made the entire experience pleasant. Also, did we mention that they started the show ON TIME?! Yes, they were in formation for the entire show!

THE SHOW! The hosts of the show Tia Mann and Christopher Michael Randle were SLAYNOMINAL! They kept the crowd entertained and announced the upcoming talent with SLAY! They were a great selection to host their show! Let’s just start off saying that seeing Norris J perform is a MUST SEE! He was entertaining and SLAYTASTIC and everything wrapped in one. The models SLAYED the runway to his music and they SLAYED PERFECTLY! The model selection for this show was handled PERFECTLY! All of the models and designers were professional in appearance and runway SLAY. We could go on and on about this show but just know that our ranking for this show is right up there with DeLaCreme Dallas A.K.A The Fashion Concept and the Mahiri Takai’s ME Collection shows. We definitely could not wait to congratulate both Norris and Tikisha Johnson on such an amazing show once the show was over.

WHAT”S NEXT? Everyone wants to know “What’s Next” for the dynamic duo. I guess we will all sit on the edges of our seat to see what they come up with their next show! Just know that whatever it is; Slay Magazine is here to SLAY with Collision Fashion Show! Be sure to check out our social media @theslaymagazine to see more footage and images from this show. Also, find them on social media @collisionfashionshow. Thank you Norris and Tikisha Johnson and your entire #CFS team for SLAYing with Slay Magazine!