Boosie and The Elo Group, LLC SLAY again for the "2nd Annual #BallinAgainstDiabetes" in Dallas 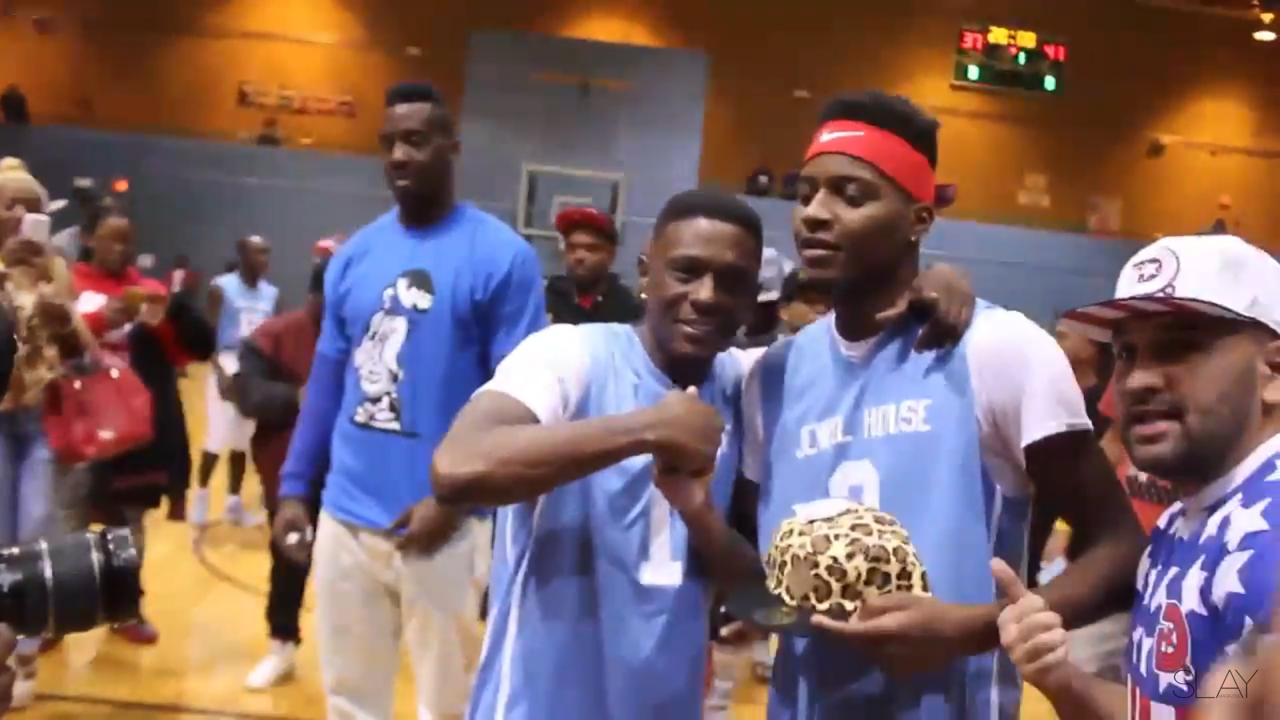 Once again P.C Cobb Complex was the place to be for another basketball game but this game wasn't like any game. This game in Dallas was the Boosie's 2nd Annual Ballin Against Diabetes celebrity basketball game present by The Elo Group, LLC.Chattering onlookers echoed their voices across the courts as anticipation settled amongst an  anxious crowd. Music broke through conversations as 97.9 the beat filled the center with vibes and performers such as J. Pride SLAYED their talents! The stands erupted with cheers of excitement and support rang out loud from veteran fans of all ages as celebrity players formed their stance on the courts to commence the 2nd annual "Balling against diabetes" celebrity basketball game with this year being the Boosie vs. Webbie Edition.One by one, the players dashed onto the court forming their teams. Team Webbie, coached by the well respected Webbie himself sported gray jerseys and consisted of the likes of celebs such as super producer J.Oliver and pro baller Adrian “Konfuzion” Mack. Team Boosie sported baby blue and was suited up by one of Dallas’ own music stars Dorrough along with Nba player Isaiah Austin.Our spotlight celebrity, Boosie himself laced up and repped number 1 on his jersey for the second year in a row as he assisted his team in a heated, action packed victory by one point with an intense 12 seconds left in the game.A performance filled halftime including sounds by the amazing songstress J pride definitely kept the entertainment peaked as people awaited the highly anticipated dunk contest. In great sportsmanship, Boosie stood still as Charlie Shorter executed an amazing slam dunk by jumping right over Boosies head! The look on his face as Charlie was in motion is priceless and you know our YouTube channel has that footage posted for you to view. We definitely can't miss the host Mr. Gurie Sheffield who's also an amazing performer!With a smile on his face throughout the game, Boosie showed everyone an excellent display of what fighting against a disease such as diabetes is all about. His endurance and stamina held strong long after the winning buzzer rang out. Fans poured out of the stands racing through the crowd in an attempt to meet and greet their favorites for a photo opp. We slayed our own way through the organized chaos to snag a few photos and meet and greets with some very honorable mentions including Young Dolph, Charles Hatley and so many more. We also have to say GREAT JOB to Team BadAzz for bringing home the win this year!Boosie also showed love in South Dallas at Earl Dade Middle School where he made a special appearance to talk and SLAY with the middle school kids to raise awareness on diabetes. Boosie also donated a SLAYNOMINOUS amount of diabetes test kits. Great job Boosie! We can't wait to see what 2017 holds for #BallinAgainstDiabetes!