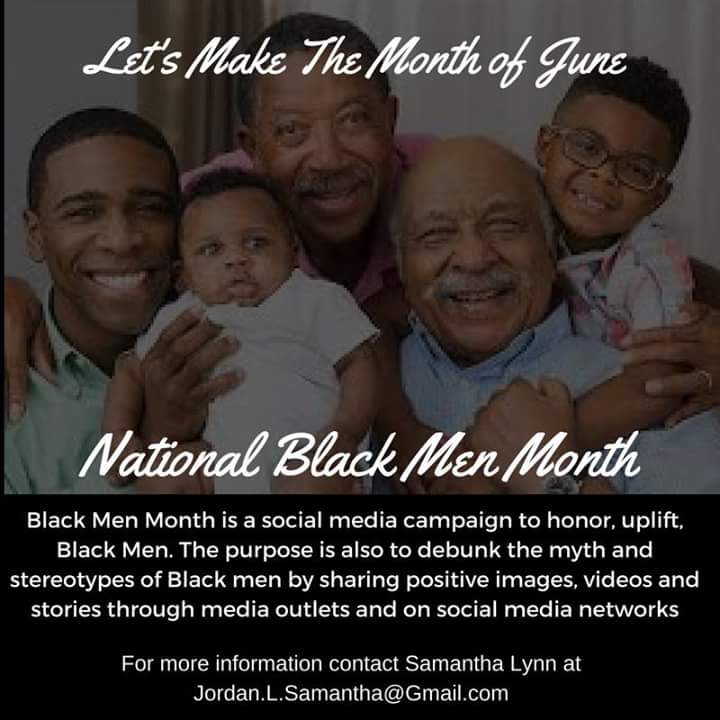 CHICAGO, IL (May 31, 2017) Publicist & Social Media Coordinator SamanthaLynn Jordan initiates a Social Media Campaign to highlight Black men and their contributions. The Black Men Month is a social media campaign to honor and uplift Black Men. The purpose is also to debunk the myth and stereotypes of Black men by sharing positive images and stories. The social media campaign is slated to start June 11th and end on June 30th.  African American media outlets are encouraged to write articles about Black men and engage social media audience to join this effort.

• June 28-30th- How much Black Men to you/community. (Encouraging social media to upload images & videos of how important Black men are to US, our community, and the world).

“With so much happening in our community, I think it's so important to uplift Black men. I am looking for bloggers to write an article about Black Men Month the month of June and using the hashtags we provide to create a trend by posting on Twitter, Facebook, Instagram, and maybe Snapchat, said SamanthaLynn Jordan. This will not only honor Black Men, but will also show our children unity between Black men and women. This will also show our young Black men that we do value, respect, and love them.”