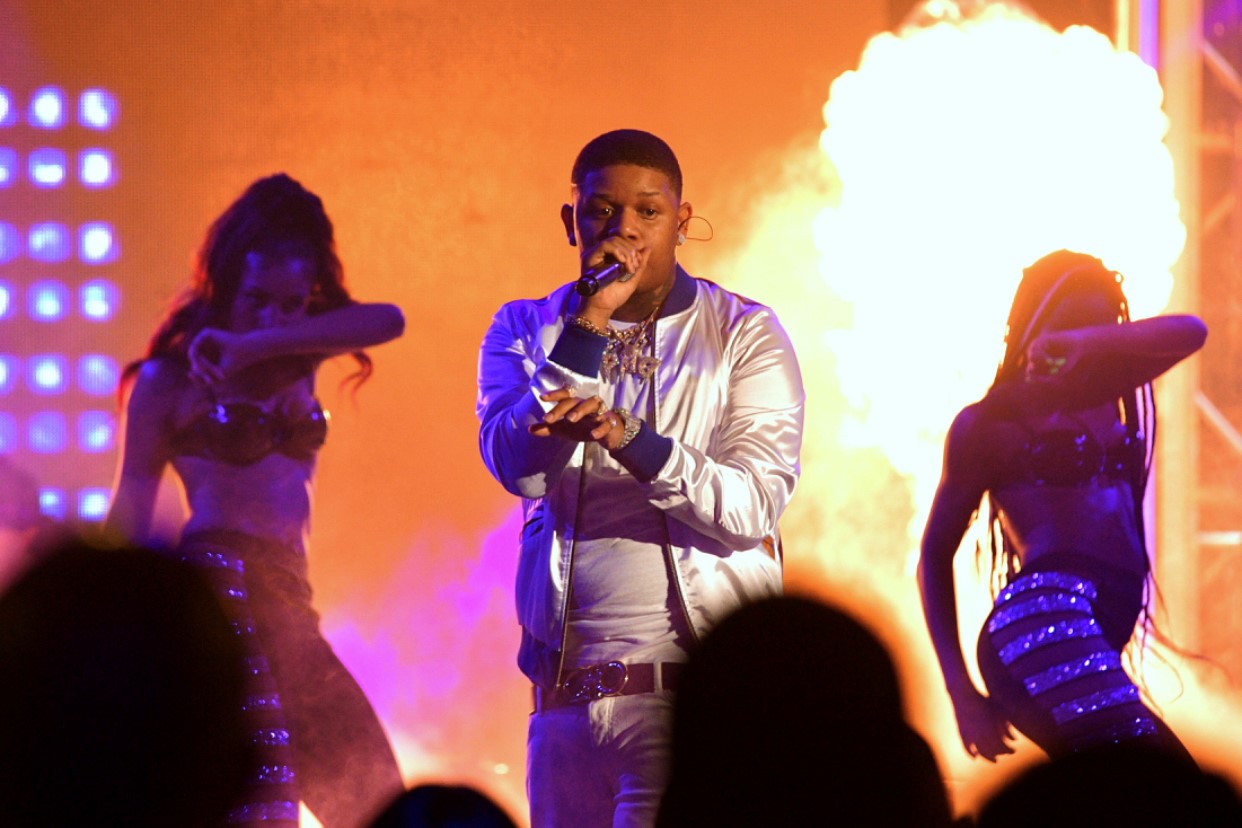 It was a HUGE night in television for the culture! The 2018 BET Hip Hop Awards host by comedian, actor, host of VH1’s “Hip Hop Squares” and fan favorite, Deray Davis; held at The Fillmore Miami Beach at Jackie Gleason Theater for the 2nd consecutive year premiered Tuesday,October 16, 2018 at 8PM / 7PM C. The BET Hip Hop Awards continue to do it for the culture year after year: celebrating today’s Hip Hop elite, much anticipated cyphers, turnt performances, honoring and paying homage to our Hip Hop legends!

This year’s turnt BET Hip Hop Awards 2018 performance line-up brought the heat to Miami Beach, FL! Cardi B kicked off her performance with a rendition of “Get Up 10” the opening track of her Multi-Platinum debut album, Invasion of Privacy followed by her new track with Pardison Fontanie, “Backin’ It Up”. TI performed tracks from his new album,Dime Trap “Wraith” featuring Yo Gotti and closing with “Jefe” bringing that Latin Trap energy with dancers dressed in the Day of the Dead masks while a mariachi band performed in the background. Yella Beezy,straight out of Dallas, Texas turned up the crowd with his debut performance at the BET Hip-Hop Awards of his Billboard Chart- topping hit “That’s On Me”, and Lil Duval closed the show with “Smile (Living My Best Life)” featuring Ball Greezy and Shiggy while showing the crowd how to live their best lives! Gucci Mane, Lil Pump, Lil Baby, YG, Gunna, A$AP Rocky, and Young M.A. also lit the stage during last night’s show.

Dallas-Fort Worth talent, Erykah Badu, Yella Beezy, Asian Doll, & Solo Lucci, was in the building for the 2018 BET Hip Hop Awards, turning it up for the DFW and “That’s On Me Baby”! There were so many amazing highlights from the night but this was for sure 1 of my favorites!

“I AM HIP HOP”honoree none other the legend himself Lil Wayne thanked God, his family, friends, and fans during his acceptance speech with his mother Jacida Carter,and daughter Reginae Carter beside him on stage, before giving an emotional tribute to the white detective who saved his life, Uncle Bob whore fused to not let him make it after a near death experience at only 12-years old.

Thankful and Grateful, Multi-Platinum, artist Cardi B lead the BET Hip Hop Awards Winner’s Circle with 4 wins for ‘MVP of the Year’, ‘Hustler of the Year’, ‘Made You Look: Best Hip Hop Style’,and ‘Sweet 16: Best Featured Verse ’. The Carters followed closely with 3 wins:‘Album of the Year’, ‘Best Collabo, Duo or Group’, and ‘Single of the Year’. XXXTentacion won the award for ‘Best New Artist’, his mother, Cleopatra Bernard, accepted the trophy on his behalf, after he passed away this summer following a fatal shooting and robbery in Deerfield Beach, FL.

Below, a list of all of the 2018 BET Hip Hop Awards winners, indicated in bold.

Childish Gambino - This Is America*WINNER

Album of the Year

The Carters - Everything Is Love*WINNER

Video Director of the Year

Lyricist of the Year

MVP of the Year

Producer of the Year

Single of the Year

I Like It - Produced By Craig Kallman, J White Did It and Tainy (Cardi B Feat. Bad Bunny & J Balvin)

Nice For What - Produced By Murda Beatz (Drake)

Childish Gambino - This Is America *WINNER

DJ of the Year

Hustler of the Year

Get your All Access Pass to the 2018 BET Hip Hop Awards by logging on to Slay Magazine’s multiple social media platforms: