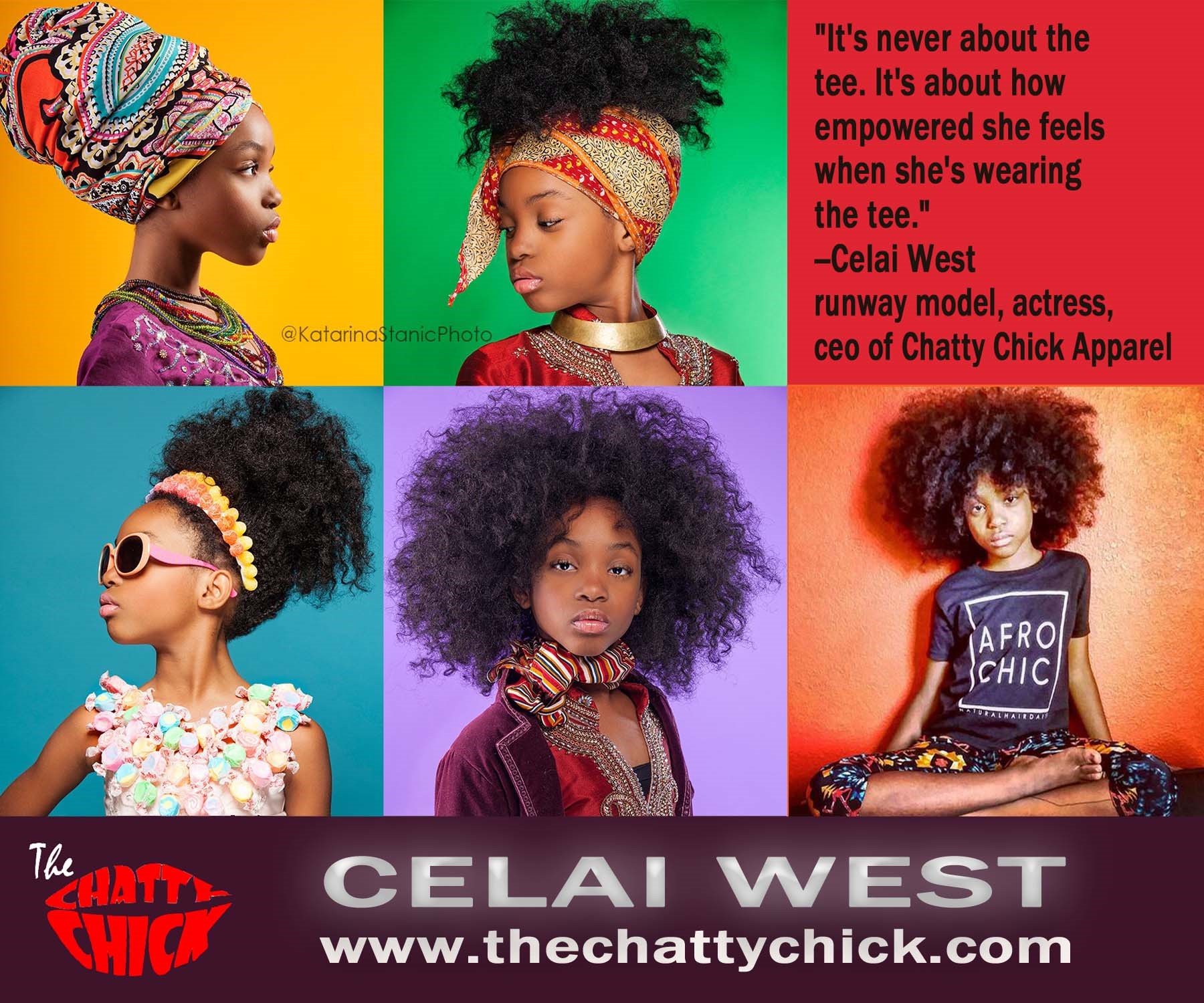 LOS ANGELES, CA—Fashion Week around the world is the draw of haute couture enthusiasts, as well as celebrities and pop culture icons. Style Fashion Week is a grand scale production of fashion events, showcasing the season’s collections from top designers and emerging talent. Those expected to impact fashion’s international marketplace are immersed in a tight schedule of must-see runway shows and exclusive VIP parties in venues across the United States and around the world.

Celai (suh-LAY) West is a nine-year-old fashion model. With an innate ability to embody a designer’s vision, Celai struts the runway with proficiency far above what is expected of a child her age. One of the choice child runway models for Style Fashion Week, in October 2017, she returned to the catwalk at the Pacific Design Center in Beverly Hills, CA with her usual vibrant enthusiasm. This year, however, a segment of her appearance hit the Internet and went viral almost instantly. Celai West’s signature walk and all natural hair generated attention from 6 million + viewers, praises, trending topics, hashtags

Celai West has been modeling since age three. Her comfort on the runway has become second nature. At around age six, her parents noticed her genuine passion for the field and became more active in supporting her efforts. This decision has paved the way for ad campaigns for Target, Walmart, Disney, FabKids, The North Face, and even American Girl. Opportunities for runway shows, print ads, and television commercials often require the nine-year-old to travel from west to east coast. With four films appearances in 2017, including a lead role in the recently released Muppo Invaders MUST DIE, she is eligible for membership in the Screen Actors Guild. Celai can also be found on the very small screen as leading actress in the original (en Français) “Voodoo Song” music video for recording artist Willy William. The official “Voodoo Song” music video premiered in French in May of 2017 and has since generated nearly 13,000,000 views and sparked Spanish and English club remixes featuring none other than J Balvin and queen Beyoncé.

Celai is especially known for her naturally styled hair on the runway. Her signature walk has stirred quite a few comparisons, and while some are already considering her the first African American child supermodel, nine-year-old Celai takes it all in stride. She is proudest knowing that others are encouraged by her example and simply hopes what she does can show other little girls that they are beautiful as they are.

Roughly, two years ago, with the love and support of family and friends, Celai launched The Chatty Chick, an apparel line that features bold statement tees and inspired affirmations, as a stylish way to encourage self-love in children of all ages. And Celai confidently insists, “It’s never about the tee. It’s about how empowered she feels when she’s wearing the tee.”

Celai is looking to pursue more acting roles but ultimately hopes to someday become a designer and open her own boutique. In the meantime, proceeds from The Chatty Chick t-shirts are earmarked for college savings and to offset travel expenses to and from bookings. Those who support Celai’s growing apparel line are taking an active part in helping this young lady, as they say ‘slay the runway.’

“A beautiful young Queen well on her way to superstardom, Celai West commands the stage with her effortless presents and leaves everyone wanting more. The future is bright for this young star and we're all looking forward to all of her future endeavors.”

For press and media inquiries, including promotional photos and interviews, please contact Celai’s Publicity Services at 530.235.6322 or by email to info@TheChattyChick.com. All The Chatty Chick tees are available on TheChattyChick(dot)com website. Please call 530.235.6322 for bulk orders.